How extensible is our planet?

The idea for the book 'Hoe rekbaar is onze planeet?' (How extensible is our planet?) arose about two years before I retired. The main theme would be how a biologist considers the environmental sciences. That includes more than CO2 and climate change, but more prominently the ecological carrying capacity of the earth. Such a book could have been a nice farewell present for my colleagues. However, time was lacking to complete the story before my retirement. There were still quite a number of other jobs to do. It took another year to finish it and again half a year to find a publisher. Several publishers were positive, but they had doubts about the commercial success. Erno Eskens, then working for Veen Media, was enthusiastic and prepared to publish it. In November 2010 the book was available. The former colleagues still got it.

The book focuses on ecosystems, nutrient cycles, population growth, farming, biodiversity, over-exploitation, energy, economy and sustainability. It tries to connect all these themes. It is written for a wide audience and illustrated with examples (sometimes as metaphors) from my neighbourhood: my research projects, my family and friends, other people around me, my 'property' and its environment. 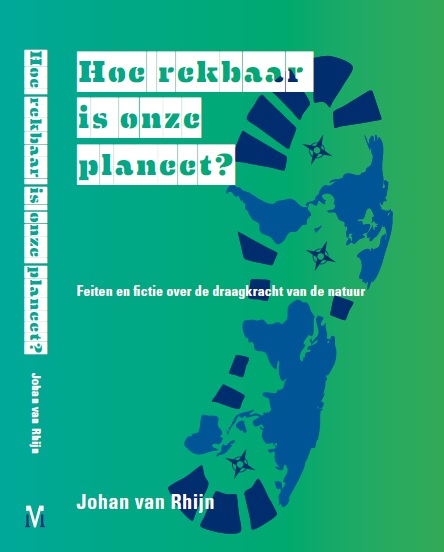