Yet, the house in the picture (and in the background) is not his home. It is situated in Deventer, The Netherlands, in the Noordenbergstraat. Johan was born in that town, but the picture was chosen for another reason: because of the ingeneous constructon on the facade of this house: a roofed lifting bar. Johan used it as a symbol for ecological carrying capacity. That's under great pressure, because humans consume more than nature is able to produce. That's far from sustainable.

In 2010, less than two years after his retirement, Johan published the book 'Hoe rekbaar is onze planeet?' (How extensible is our planet?), primarily for his former colleagues and students, on ecological carrying capacity. Since the end of 2020 he tries to discover why governments are hardly unable to develop long-time-strategies to reduce environmental problems, such as loss of biodiversity and climatic change. Surely, this would imply that human consumption should be limited. That's an unpleasant message for many people and thus it is tricky for a politician to bring this message. In the mean time the project is almost completed and will probably be published as a new book, maybe in 2022. 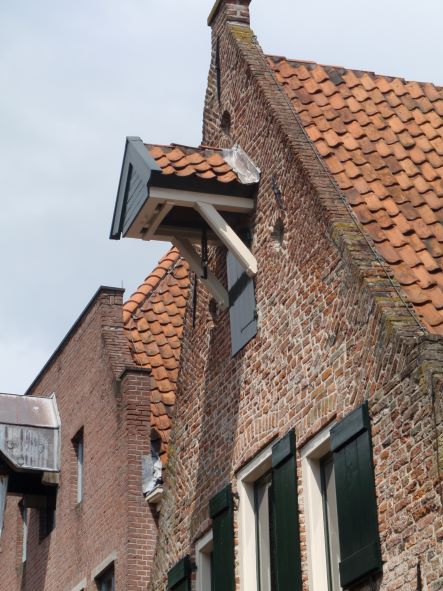 Johan van Rhijn is a biologist, not a professional historian, politician or an expert in public administration, but a person who is willing to discover the broader context of events, prepared to extract his knowledge from various sources, and as many as possible. During about 20 years he was doing research in animal behaviour at the University of Groningen, and subsequently, again about 20 yaers, he was teaching, writing courses and tutoring students at the Open Univertsity of the Netherlands. Besides a number of scientific papers, he published several textbooks, a monography (in English) on a remarkable species of birds ('The Ruff') and five books (in Dutch) for a general audience.