During about twenty years I committed myself to make crystal-clear course material at the Open Universiteit, also for people who did not have the opportunity to follow the official pre-education. That's addictive. I did not have the feeling to be 'ready' when I retired. Anyway, I wanted to write a book on the point of view of a biologist (like me) working at a department of environmental sciences. It was primarily intended for my former colleagues and students. That's how in 2010 'Hoe rekbaar is onze planeet?' (How extensible is our planet?) originated. Shortly thereafter I intended to reveal the close links between my main research projects (ruffs and gulls), and that led to 'Darwins Dating Show'.

In that period, I started to work closely together with Joop Jukema, a retired seed potato farmer, who passionately collected scientific data by trapping birds in a traditional way. That so called 'wilsternet' was previously used to catch golden plovers for consumption. When this was no longer allowed, trapping was continued for ringing golden plovers and other birds, in particular ruffs. Thanks to Joop's very precise measurements and descriptions of the birds, he discovered a third type of males among ruffs, the 'faeder'. These males are posing as (and looking like) females. Joop had still an immense pile of data on ruffs that were trapped during spring migration. He wanted some help to analyse this and to write a paper. Thus, after about 30 years, I returned to the ruffs, and indeed, we were able to publish a paper about this. Joop had even more data in stock, also data on golden plovers. In order to collect these, he had traveled to almost every corner of the world. We could use this material for writing three papers, one on moult of the smaller pinions, one on the relation between moult and migration distance, and one (in a prominent ornithological journal) on evolution in action: how two populations of the same species, but with different wintering areas, also differentiate in other characteristics.

Joop wanted to do more, to collect new data. He explained to me that nests of common ringed plovers were very difficult to detect, both nests on almost white beaches of Terschelling and those on dark volcanic substrates in Iceland. He suggested that the eggs could be different and proposed to go together to Iceland to find nests and describe clutches. We did, but the number of nests we found was too small for firm conclusions. The following year, Joop and some members of his family, all experienced nest searchers, collected a large number of additional data, but no indication that egg colour was related to the colour of the environment.

Is it interesting to publish that? I was in doubt, re-examined the pictures that were made from the nests with other methods, even designed a game to detect nests in manipulated pictures, and put all together in one paper. Unfortunately, no journal was willing to publish this. May be, we had been more successful, if our results were presented in three separate papers, but I found it enough. If you are still interested, you can find it here, but not in any official journal. 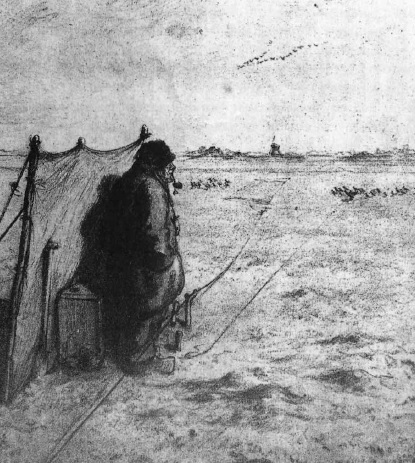 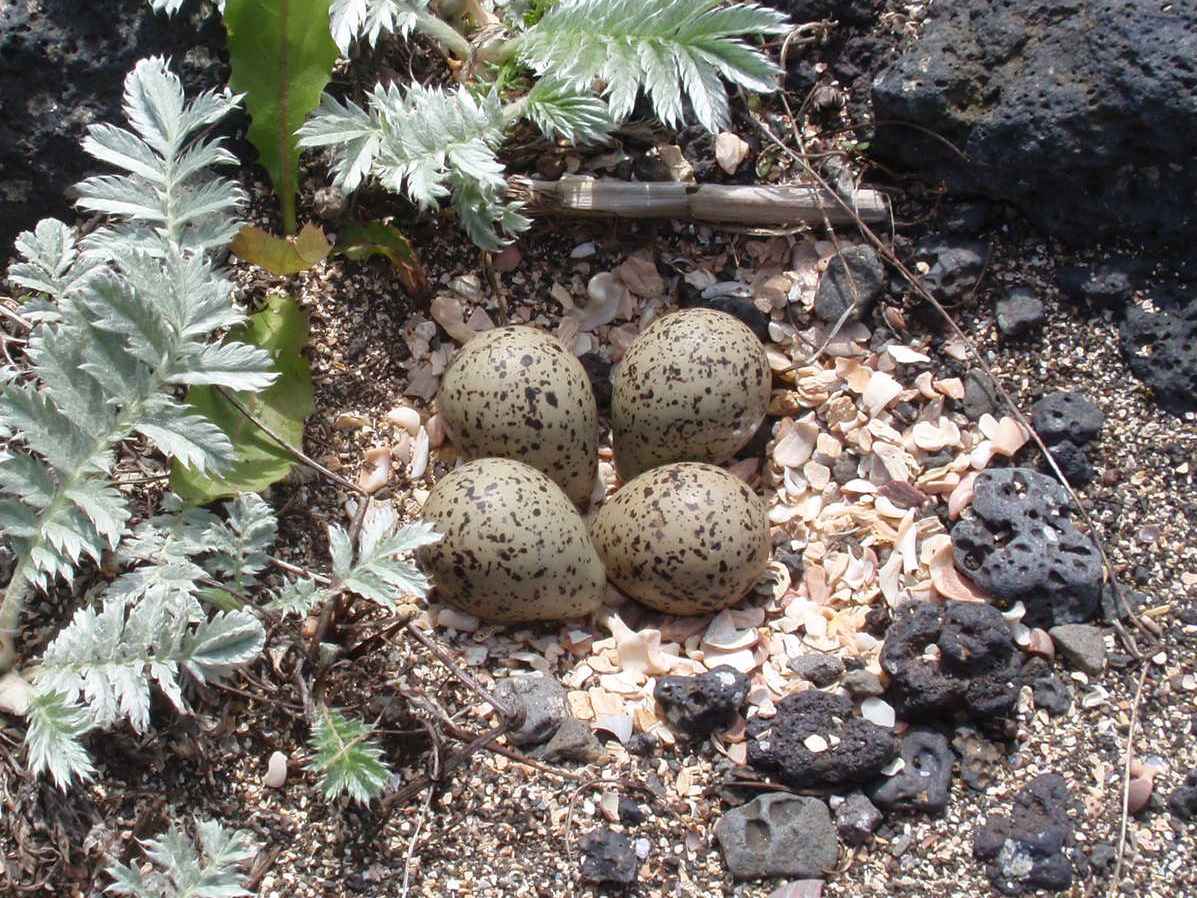 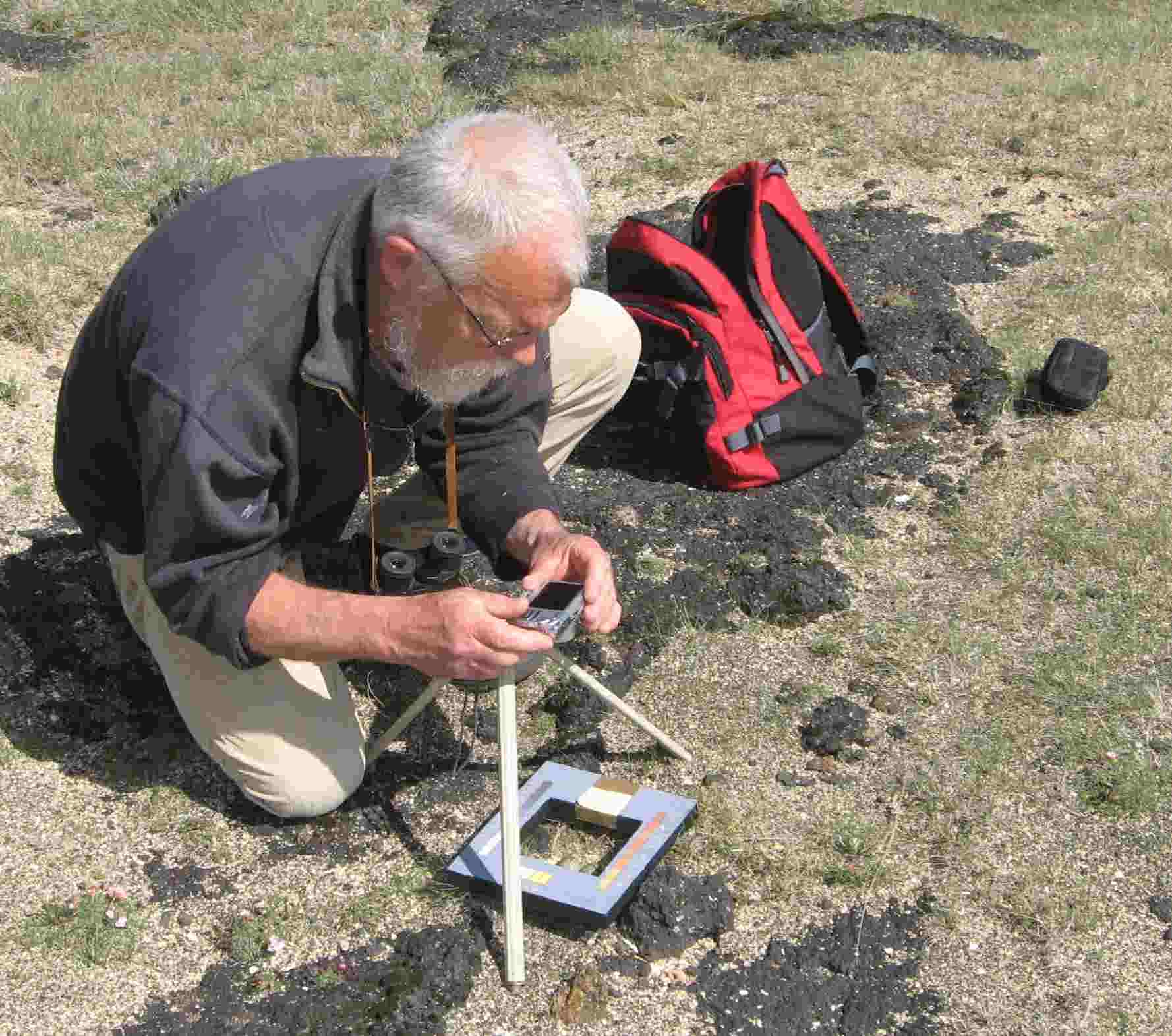 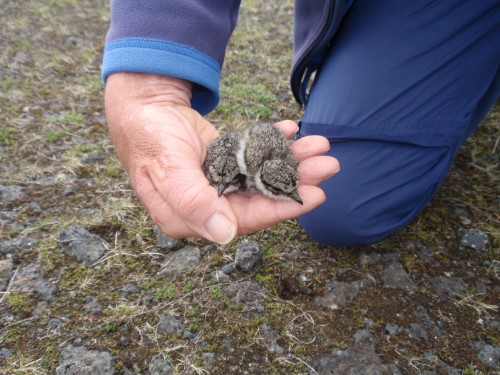